5 Best Places In The World To Try Local Beers 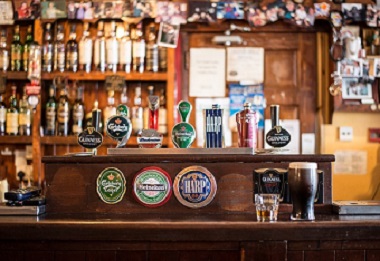 Beer is among the most popular, if not the most popular alcoholic beverages globally. The “wonder drink”, as many call it, is just a perfect fit for every occasion, be it after a long and busy day at the office, be it at a house party with friends, an office party, or be it a lazy Sunday afternoon at home. From travelling for Octoberfest to hanging out with your dad on Father’s Day, beer literally fits into any occasion.

That being said, there are people for whom beer is more than just a drink. Some people have a different kind of enthusiasm and love for beer. If you are one of them who wants to try and taste different kinds of beers all across the globe, then this article is just the perfect read for you. Find out five of the best places in the world to try local beers.

The Five Best Destinations Across The Globe To Try Local Beers

From the Czech Republic to Wisconsin, here are the five best places all across the globe that are totally worth visiting if you want to try the local beers.

As promised, the first name on the list is from the Czech Republic. Plzeň has been known to be in the trade of brewing beer since 1842. The first ever pilsner lager was brewed in this city and is now known across the globe. The Pilsner Urquell brewery, one of the iconic tourist destinations of the city, now offers the tourists an opportunity to taste the best pilsner. It comes fresh right from the keg or cask. You can take a subterranean tour of their cellars and taste the finest they have to offer.

Often referred to as the “beer capital of the world”, the town gets several other nicknames like Brew City, Brew Town, Beer City and Beertown, all of which make it amply clear that Milwaukee, Wisconsin, is one of the major beer production centres in the US. Beer is a part of the city’s culture, with its brewing history dating back to the 1850s. Over 20 breweries are operating in the region, along with numerous other microbreweries scattered around the town.

There’s a legendary International Beer Festival that happens every year in August in Qingdao, China. The event is basically a mimic of Germany’s popular Oktoberfest, with a touch of a Chinese twist. The event is perfect for people who want to try some new brews and can enjoy some amazing Bavarian band music and Peking opera performances along with Bratwurst-serving beer tents.

Back to the US once again, the West Coast’s Portland is a popular beer destination thanks to the locally grown hops and barley which make some of the finest microbrews that taste absolutely refreshing and natural.

Last but not least, the host city of the world-famous Oktoberfest, it is said that a river of beer is consumed in Munich every year. From the Munich-special Helles pale lager at numerous brew-centric icons, including the Hofbräuhaus beer hall of the 16th century and the Weihenstephan brewery in Freising, to traditional beer gardens, this is a must-visit for the beer lovers. Other beer-centric destinations in Munich include the English Garden and the Chinese Tower Beer Garden.

These five places mentioned above are the ultimate destinations for people who want to taste the finest local beers across the globe and enjoy an exceptional “beer experience.”

This is an example widget to show how the Right Sidebar looks by default. You can add custom widgets from the widgets screen in the admin. If custom widgets are added then this will be replaced by those widgets.